Sometimes I see a group of people at, say, a soccer game - perhaps the parents of the team - and marvel at the disparity in them.  So different economically, politically, socially yet all focused on one goal, or two or three.  It happens at the boys' school, too.  At a student council carnival the other day I witnessed little gangs of youths arranged in the damnedest ways, it was cute.  I see it at its most jarring on Facebook sometimes, I've laughed aloud at the notion of the seventeen people who "like" something I posted at the same party, mingling and baffled and flabbergasted that they all agree on things.

(This sounds like I am heading towards the theme of egalitarianism, or worse, peaceful coexistence... I'm not.)

The other day I wrote a piece called Metaphorically.  I got to thinking about how that all came to be, what different elements and characters and memories and ideas meshed to make those rows of words coalesce into one singularity.

It's a weird list that includes Andy Goldsworthy, the story of a sunset, the memory of a crippling blizzard, backyards, porches, loneliness, heartbreak, red leaves in wax paper, photosynthesis, puberty, my childhood friend JB, a girl named Kari, lightening and the deep and daunting conundrum of Faith. 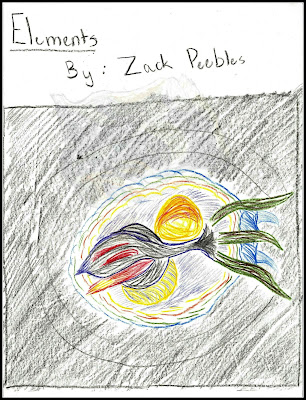 On the back is this sketch which began the whole process. 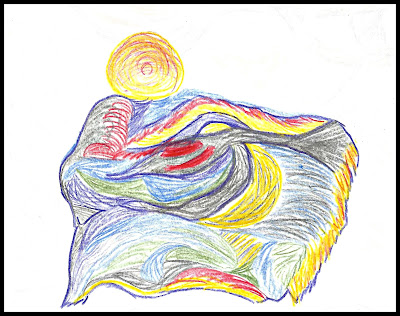 I think that the word "Elements" so aptly titling Zack's work, added to the ruminations about the weather and the seasons that I have every year as Fall ends - or Spring begins, for that matter - mixed with the melancholy that is Time and the hope that is childhood fermented into a new realization for me.

That's all for today.  I just wanted to share the rest of the story of my last post.

When I was thinking the other day about writing about these colored pencil drawings Z did - well before they became entwined in the story above - I thought it might be fun to ask Zack to help me photoshop, if that's a verb, the images.

We started with this one, which, in sequence he made before the two above.  I use Picmonkey, most photo editing programs are way above my level of skill and it is simple and effective.  Here is his final edited piece. 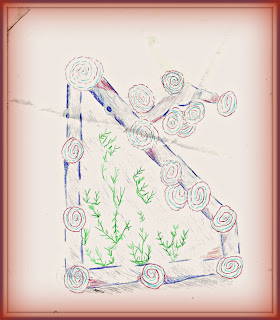 Yeah, weren't we all a little heavy-handed on our first encounter with an editing app - I know I was.  Hey, the image is much clearer in his and, the, uh color is nice and... 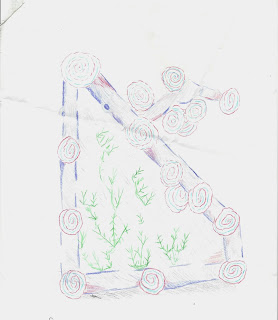 Thanks for stopping by.


Here's a TYDETHFTBS* (worst acronym ever) from Marci:

Nick just referenced Sisyphus in describing what it will/would be like when/if the Cubs win:
the Cubs winning is "like that mythical guy pushing the thing up the hill and actually making it."

Yesterday Zack's anthropomorphic, and silly, stuffed bear decided to make a Baseball pennant that said "Go Mets!" which was promptly ripped to shreds before he could explain it was just a joke.  To atone for his transgressions (honestly, I thought it was a clever joke from a not-always-so-clever bear) he made a new one today. 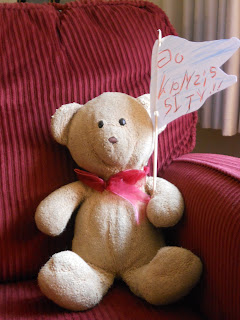 Peace to you and yours.