The blue-eyed boy peers over his book at me and I wait.  The first query is, I have found, rhetorical.

"You know what grace means, Nick," I tell him.

"Well, it's not the prayer we say before dinner, I know that, and it doesn't mean like, you know, not falling down off a balance thing.  It's the other one, you know...?"

"What does the sentence say?" I ask him.

Without looking down he says, "Something about 'the traveler was full of grace' or something like that."

"Yes, like God's Grace, maybe?" is what comes out of my mouth.

"He is the good-guy.  So it means, like, God loves this guy?  Or, really, the gods because there are, like, gods of fire and wind and, you know, mythical things," he says.

"Yes, Mistmantle books are mice.  So, how can you be 'full of grace' like it says here?"

I can only think of one answer, "God's love for you is more than you could ever deserve, or earn, or... not because you don't want to, but, well it's sort of difficult to explain.  But if you are full of that kind of love, if you know you are beloved, more than you can know, by God, well, that makes you feel happy and proud and good.  You understand?"

"Yep, sometimes ya just gotta ask for help."  And he buried his freckled face back into Mistmantle and the grace-filled, Mousegod traveler.

"Dad, did you see how the second-graders acted out that story where the guy gets beat up on his way to Jessica and one guy, a priest I think, ignored him when he passed, and another person, like, basically just laughed at him and then a last person came and helped him?  From Samarica, or something," Zack said as we walked toward the truck.

"Yeah, it was funny when the kids beat him up, pretend pushing and hitting him."  He buckled himself in.

"I'm not sure that's really the point they were trying to get across to you there, Zack,"  I said.  "What do you think they wanted you to know?"

"I dunno, don't laugh at others, help people who need help, and, like, don't just stand around and do nothing," he said.

"And the one kid, Evan I think his name is, did an awesome karate move and sort of spun..."

He went on for a while as I smiled wistfully, and drove us home. 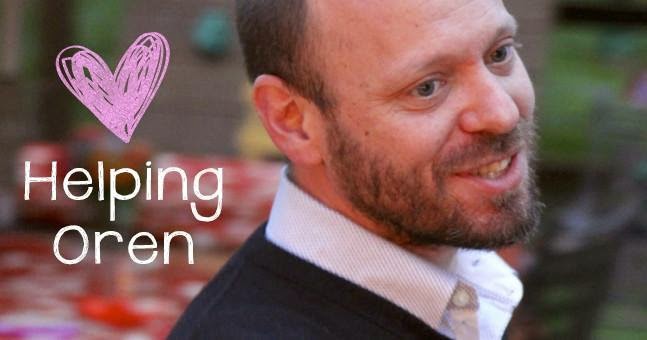 There's more to these two little conversations, there is always more, isn't there?

You see, a man I will call my friend has been given a difficult journey.  Oren has cancer, there is no way to sugarcoat it, it is a dire diagnosis.  He is the founding father of the Dad Bloggers FaceBook page I am involved with, an active and poetic blogger, and, a decent, strong and loving man, husband and father.  That is not my opinion.  It is a fact.  Please, go read this post about his cancer and you will return here with the same knowledge.

Oren Miller is a no stranger to Grace.  It shines on him like sand at sunset.  He knows his road will be hard and he knows how the journey ends and yet, he began it.

He is that traveler full of Grace.

The whole time I spoke with Nick about Grace, the name Oren sounded simply and quietly in the hallway of my mind.

That phrase echoes as well.  I cannot change the outcome of things, no one can, but can I ease his burden, can we make the path of his journey as sweet and tender and full of grace as possible?

And, if you can do more, here is a way to donate funds to help this man, this brave sojourner, this beloved child of God.

Finally, I'd just like to share one more thing.  I wanted Oren to know that two little boys were "hoping" for him as well.  After I explained why I was doing this, the first thought out of Nick's mouth was, "Does he have any kids?"

"Yes," I told him, "A son about your age and a younger daughter."

You can see his mind has not let that answer go in this image: 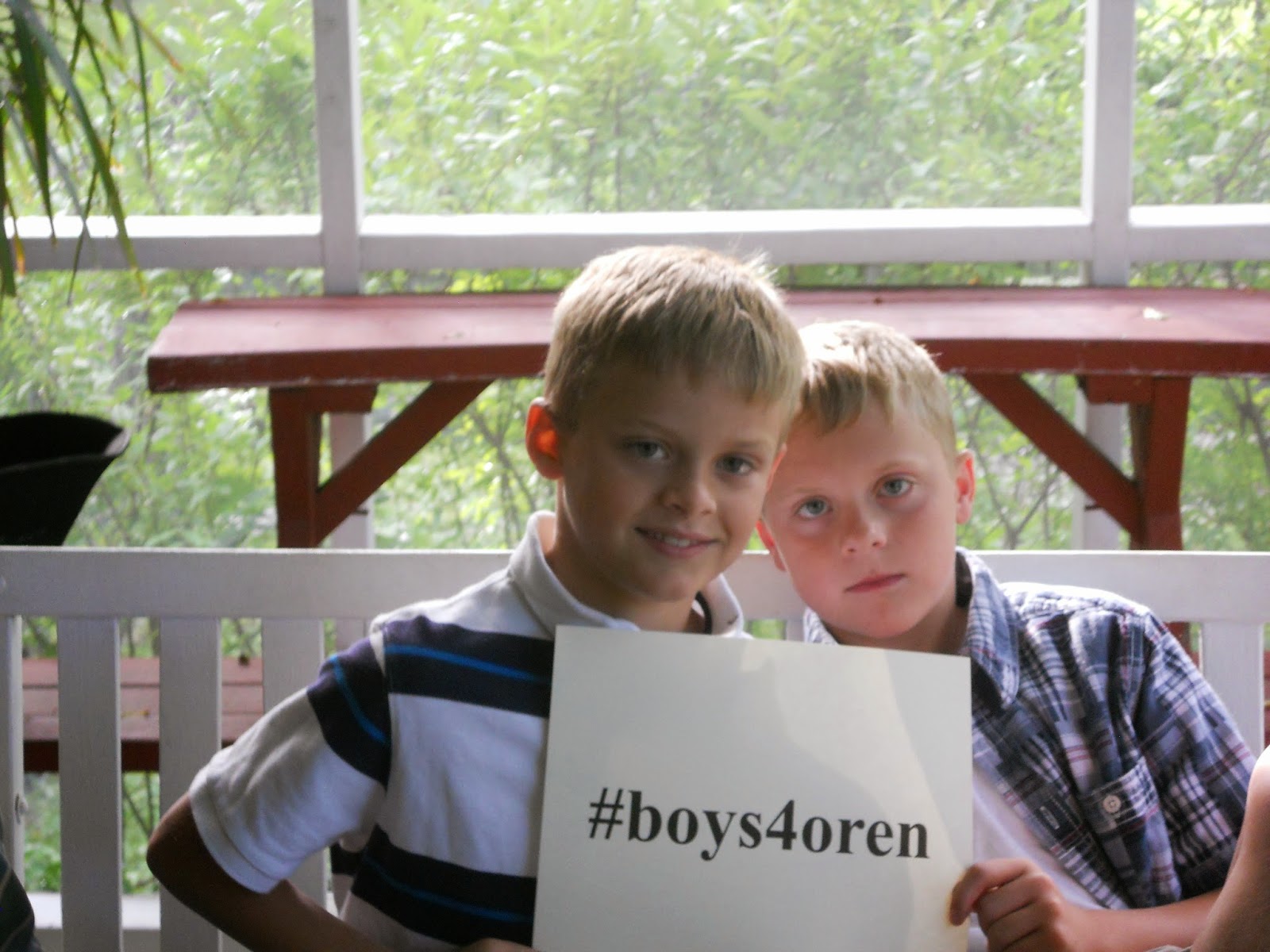 I think every hope is a prayer.  You know what?  I think the writing of these words is a prayer; I think you reading them is a prayer, whether now or twenty years from now; I think this very moment, right now is a prayer, a Prayer for Oren Miller.

Listen, this may or may not be well, exactly, as things happened, but, there is little precision in memory, but there is great truth in the hope of imagination. 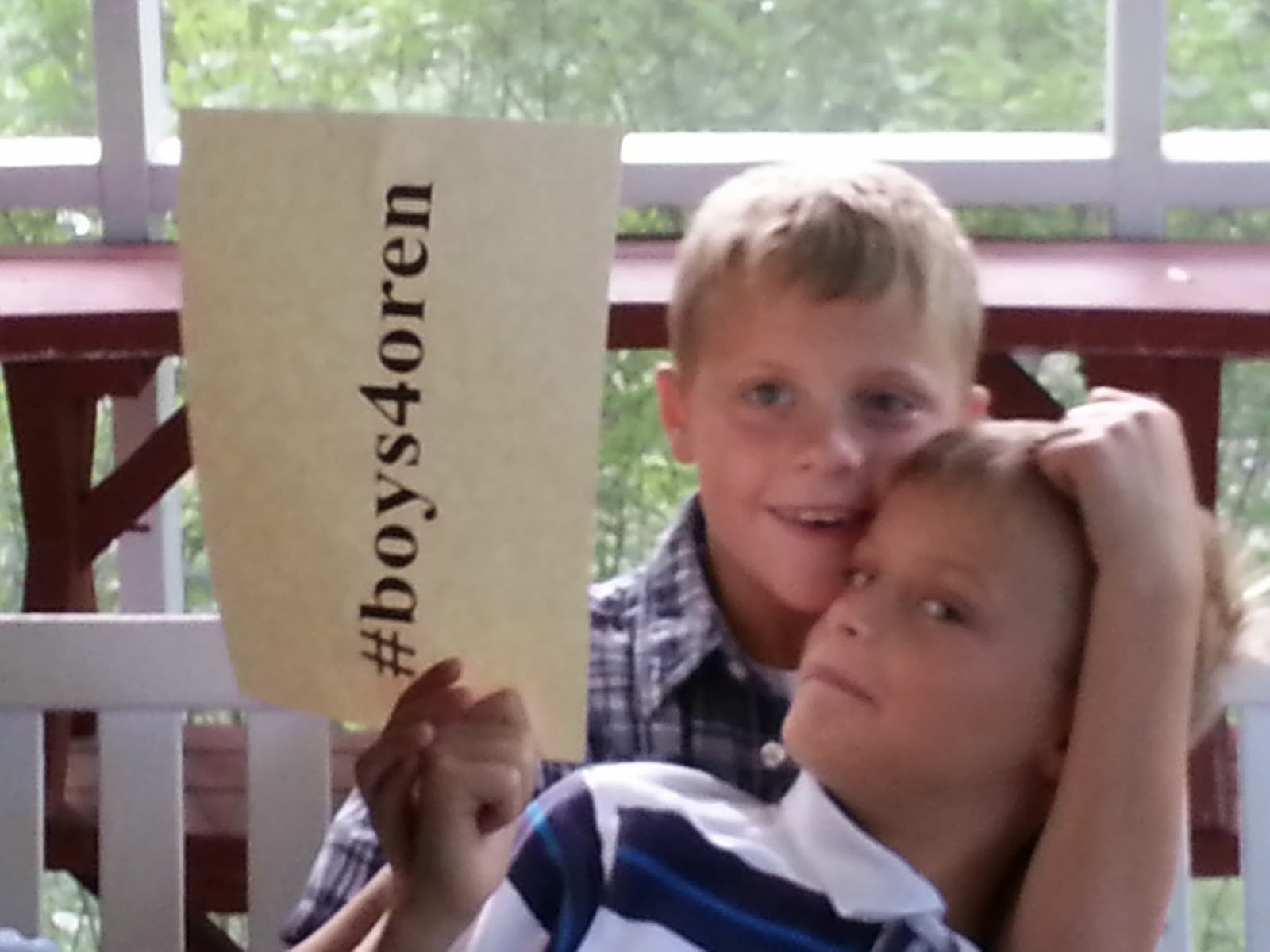 Thanks for thinking of Oren today, let's all hope for him.  Pass this along if you feel so inclined.  My best to you.