This post was originally posted as Endings in Parenting Story Often More Bittersweet, Sad Than Happy on City Dads Group where I write a piece now and again.  I post it here because I am trying to get everything in one place, you know? 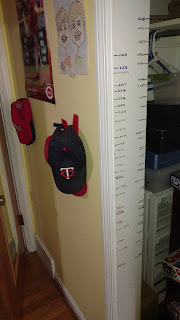 Do you know Shel Silverstein? It doesn’t matter much, a poet – any artist, really – is only showing you what you already know. Does this line sound familiar? “Once there was a tree … and she loved a boy.” Yes, The Giving Tree.

I have a weird and long history with his work. I first encountered him in my youth in the 1970s in Playboy magazine, which, at the time I was reading for the articles and interviews. Later, in college, in an acting seminar I was taking, I helped develop – and later toured to elementary schools – a short work based on his poems. At that time, I would have never guessed I’d be folded up on a tiny chair, reading some of the same poems to my twin sons’ first-grade class some 25 years later.

Silverstein is sometimes called a children’s writer, but there is a lot of his work that would prove the contrary. Even in the books and poems he wrote for children there are nods and winks to the parents and caregivers. I remember reading The Giving Tree once and choking back a sob at the deep joy and sadness in so few and simple words, perhaps you have as well.

I was reminded recently of his poem “Happy Ending” from his last book Every Thing On It, published posthumously:


There are no happy endings.
Endings are the saddest part.
So just give me a happy middle
And a very happy start.

I never thought about beginnings and endings much as a younger man and hardly at all as a boy. I suppose that may be because they often seemed simultaneous. Eighth grade ends, high school begins; friends go, others move in to fill the spot; this job gone, a new one comes along – nothing was ever final.

I’m older now. I sense finality more. Endings are often poignant and bittersweet. If you’re a parent you’ll recognize them – last ballgames, last sippy cups, the final swim in the baby pool, the last time they need your help on the sledding hill or on their bikes or getting dressed or tying shoes … you know. I think that’s what Shel Silverstein means by no happy endings — a story may end positively enough but that means the story is over and stories, when finished, are sad. They fall into memory and retire — quietly, softly — to our hearts when they’d much rather live on.

As a parent, though, I was always thrilled about those starts. God, memories just swamped me, as happens — the rolling over, the cruising, the toddling; all the new and different foods; beach trips and diapers and more diapers and sand and sunburns; the first teams, the first games, the first wins, the first losses; the first strum on guitar strings, the first carefree dancing … why am I crying?

Our twin sons are nearly 14 and heading for high school next year. End, start. Start, end. It’s tough to watch, this cycle. Although it is heartbreaking at times, it also is where we witness great joy.

We were in the basement playing ping-pong recently and as the boys hit back and forth, I noticed our old Nerf basketball hoop was drooping, the duct tape failing against the wooden shelf. I went to pull it down and hesitated – an ending. For a brief while – brief for me, longer for them — many months, let’s say, the boys played some version of a basketball game. They called it “Get-the-ball-and-shoot.” You gotta like a game that’s rules are in its name. They did it for hours. There was pushing and arguing. The rules were refined, penalties assessed. They were 6, maybe 7 years old then. It was cute to listen to though a little hard to watch because there was an inherent, well, wildness to it.

Anyway, as I stood, hand reaching up only a little, Zack said: “Don’t take it down, Dad … yet.”

“Yeah, just leave it up for a while longer, it brings back good memories. Three serves seven.” Nick said and served.

Even they know endings are hard.

Do you measure your kids each year or half year as we do? So did Shel Silverstein. Do you mind if I share another? This is called “Wall Marks.”


Those scratchy marks there on the wall,
They show how short I used to be.
They rise until they get this tall,
And Mama keeps reminding me
The way my dad would take his pen
And as I stood there, stiff and straight,
He’s put a ruler on my head
And mark the spot and write the date.
She says that it’s my history,
But I don’t understand at all
Just why she cries each time she sees
Those scratchy marks there on the wall.

Excuse me, I’m going to go downstairs and make sure a Nerf basketball hoop and net stay up for, well … forever.


Well, thanks for reading, or re-reading, I appreciate it.